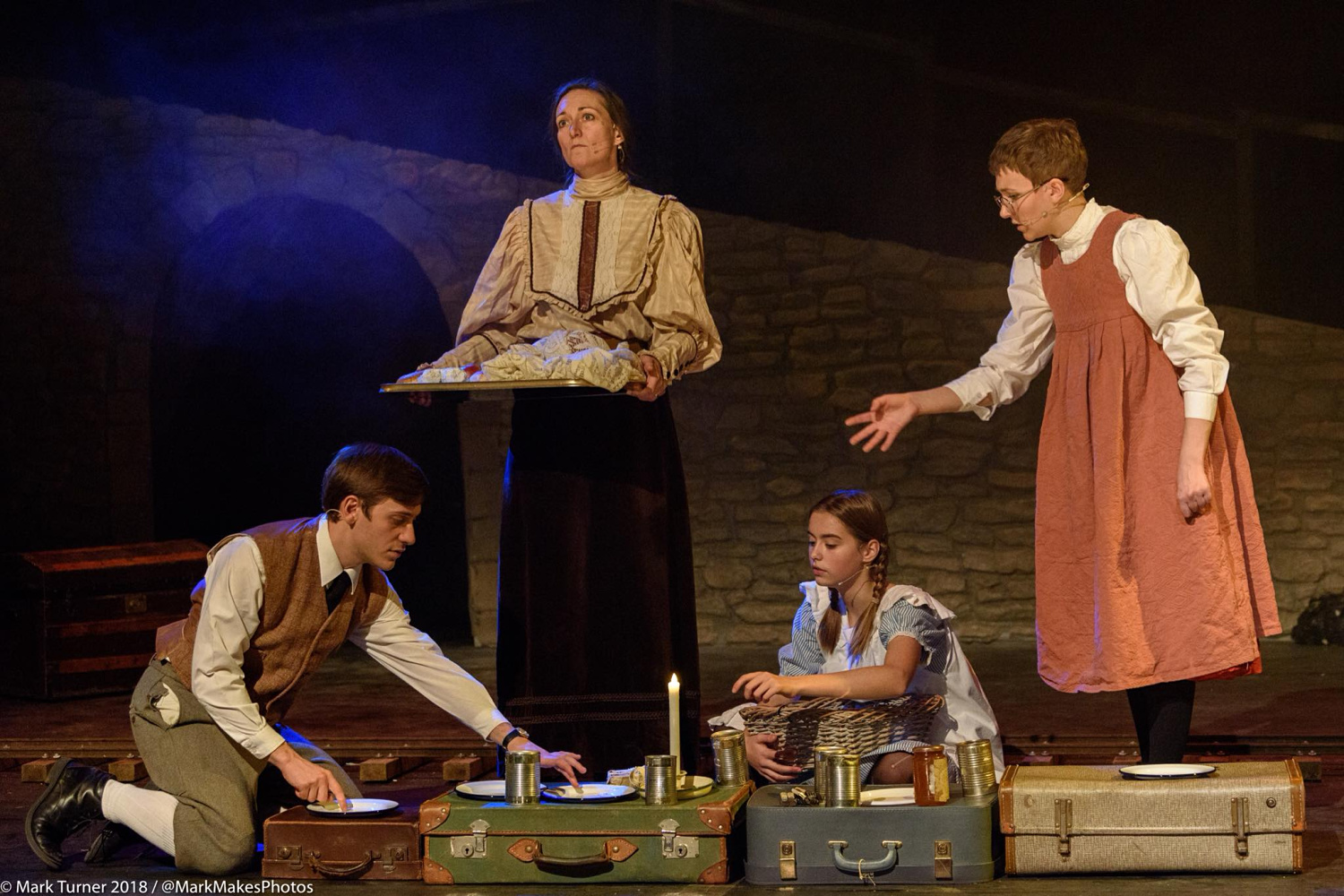 Local gem, Grade II listed Leatherhead Theatre is now in the second rep season for 2018, Dee and Kalli went to see the first of the three shows Waiting for God last week and this week I went to see childhood favourite ‘The Railway Children’ which is running from this Tuesday 13th – Saturday 17th November. This classical tale with a unique musical twist is bought to life by a strong cast featuring talent from local schools; Romy Clarkson a year 9 student at Rosebery as Phyllis; and Ben Banyard, an A-level student from Blenheim High School as Jim. They are ably supported by a real-life steam engine – albeit a mini one – generously loaned by local organisation the Surrey Society of Model Engineers (SSME). 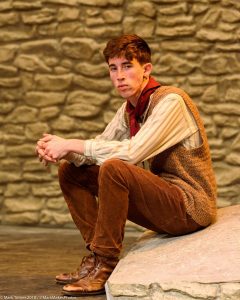 Set at the start of the 20th century the story tells of Roberta, Phyllis, Peter and their mother, who move from London to Yorkshire after their beloved father is wrongly imprisoned for spying and they fall on hard times. The children discover a nearby railway station where much of the play is set, befriending an Old Gentleman who travels on the train, the station guard Perks, his wife and their sons. The latter provide some audience interaction while acting as narrators for the story, lightheartedly guiding us through this much loved historical adventure.

With a running time of just over two hours (including interval) this production is suitable for all the family, although be aware for very young children there are a few loud noises and the lighting does get dark in places. Myself and my toddler thoroughly enjoyed ourselves, or as she so eloquently put it: ‘Me had fun.’

Tickets are £20 for adults and £13.50 for children, performances take place this week Thursday – Saturday at 7.30pm with a matinee this Saturday at 2.30pm. More details can be found at www.theleatherheadtheatre.com/therailwaychildren or you can call the box office on 01372 365141.  ‘Season Greetings‘ will then run from 20th – 24th November.

Samantha Hicks is an Epsom based writer and mum of two who has contributed to a number of online publications and also managed several social media pages for local information Facebook pages. She can be found at various soft plays and toddler groups in the area and is constantly on the lookout for new activities to keep her small people entertained!