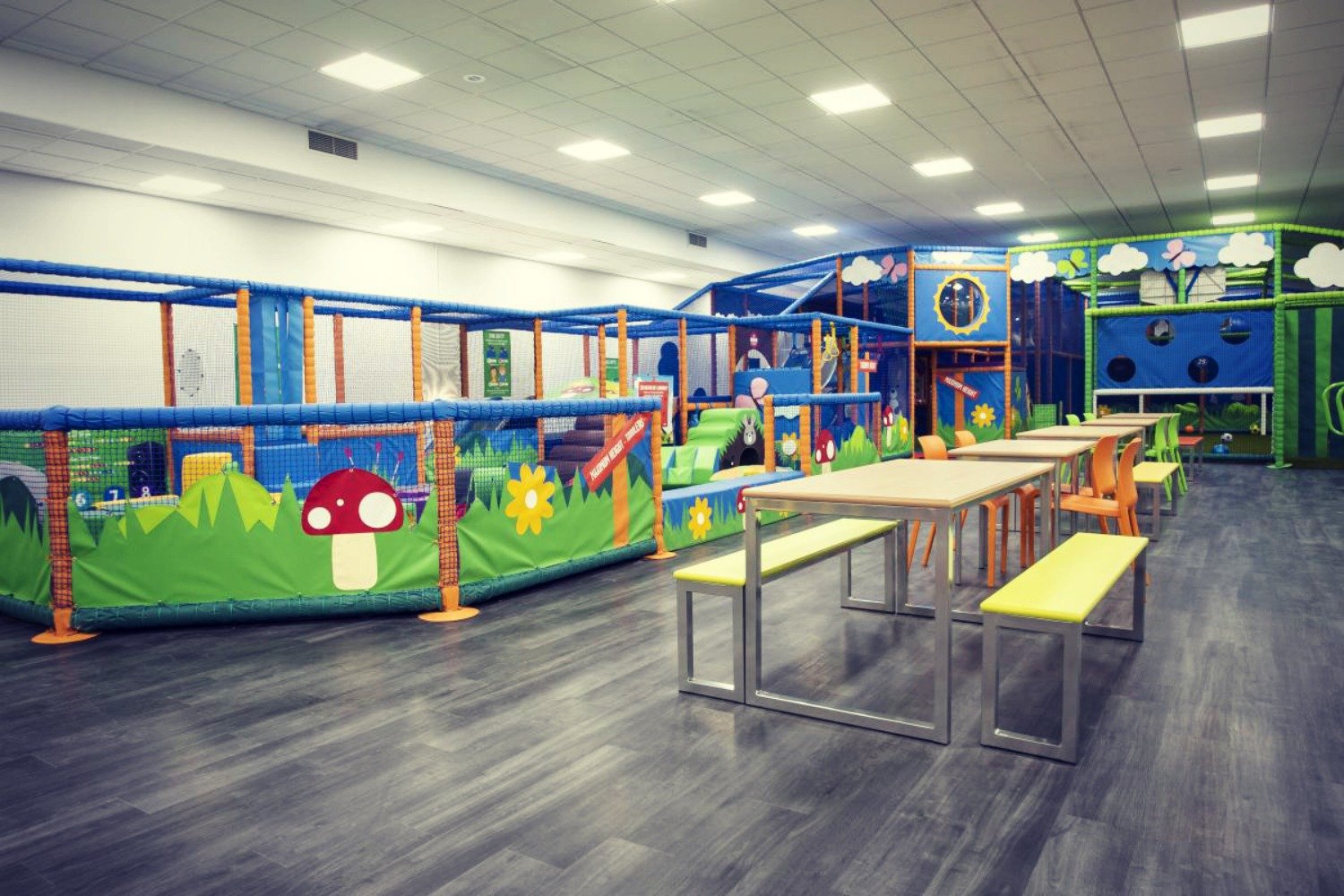 On Saturday we celebrated our eldest son’s 6th birthday.

In previous years, we had held the usual tea parties at home with his friends, enduring the hours of sandwich making, party game inventing and performing the clean up operation during the aftermath. However this year we opted for something different.

After discussing with Harry what sort of party he would like we decided on holding it at the Rainbow Centre. (I was relieved he didn’t want it at home as he wanted ALL 30 of his classmates there!).

The Rainbow offers various packages and party experiences for children which include:

There’s the option of Nerf Gun parties where you can play against parents and your party guests in the spacious sports hall. (Max/min 20).

Multi-Sports Parties (8-11yrs) which your child can choose between; Football, Basketball, netball or dodgeball, also held in the sports hall.

However, If Nerf Gun or multi-sports is not your children’s thing, The other party option is A Soft Play Party which is held within the recently opened play park.  The play park is a vast space suitable for children aged up to 11 years old.

Within the soft play area there an impressive mini sports pitch, 4 lane wavy slide, and an 180 degree slide as well as all the other expected features you would find in a soft play venue. 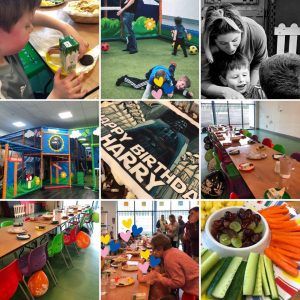 Kate Nixon, Community Sports Manager, at both Sutton & Rainbow Leisure Centre informed me that the party packages are as followed:

£15 per head which includes:

– Entry into the play park for each of your guests, party room hire, an activity leader and food (30max)
– Saturdays & Sunday’s: 10-4pm

This was all music to my ears as it meant I didn’t have to worry about making tons of sandwiches or even coordinate the children, it is all done for you!

With that we booked the soft play party for all 30 of Harry’s class.  To secure a place I simply paid a deposit and was informed to email at any time with queries regarding the booking.  Two weeks before I simply gave a number of confirmed guests and informed them of any allergies or dietary requirements. Easy!

We arrived 10 minutes before the party started and we were greeted by Georgia and Edith, our party/activity leaders.  The party room was prepared with a table and 30 chairs for all Harry’s guests to sit and eventually eat their party food.

As the guests came in Georgia welcomed them and directed them to a chest on wheels to put their gifts in and eventually they were all given an arm band for entry into the Play Park.  They then formed a line and were taken through and given an hour of soft play fun.

The parents enjoyed the coffee and tea facilities and gave us a chance to chat and relax while keeping an eye on our children.  Eventually Georgia and Edith asked the party guests to form a line for their food and were all taken through to the party room.

While the children were playing in the soft play we were free to decorate the chairs with balloons etc.

All children had a carton of drink, platters of party food such as fruit, crisps and biscuits alongside Harry’s choice of hotdogs adorned the table (and those who had allergies or dietary requirements were catered for too so no one was hungry!),  It was so well organised and the children were so happy. (Especially while they were eating!)

Once lunch was demolished Georgia then dimmed the lights and we lit the birthday cake (cake provided by us) singing ‘Happy Birthday’ to Harry as he blew out his candles.  The cake was served to all the children and parents to enjoy followed by the distribution of party bags (provided by us).

As the guests said their goodbyes the activity leaders cleared up and instructed us to just relax and not worry. They had it in hand!

The chest on wheels came in so handy as it was full to the brim with birthday presents for Harry, meaning it was easy to transport them all to the car!

Overall the party was an amazing success! I was astounded at how organised it was.  From the booking right through to the end of the party it flowed and was so stress free!  Without doubt I will be booking future birthday parties there and would highly recommend other families to do the same!

Above all Harry and his guests loved it, which is the best review of all!

To book your party at Rainbow:
Email: Rainbow.parties@gll.org