Tutankhamun: How a tomb cast a spell on the world (Bourne Hall Museum Kids Club)  / 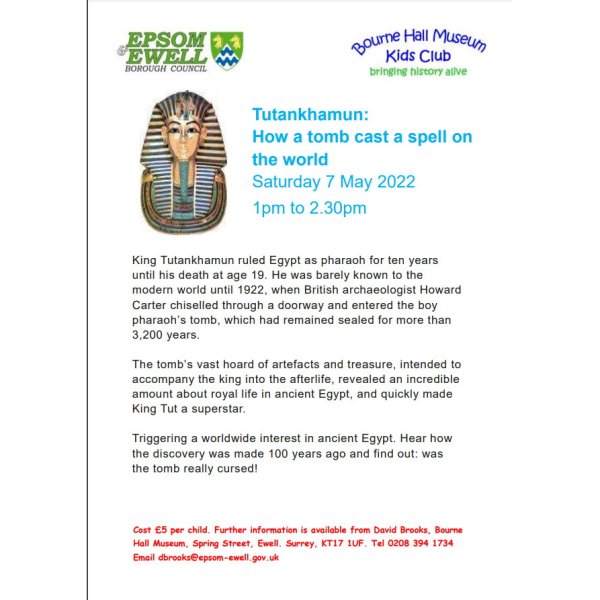 King Tutankhamun’s tomb was discovered 100 years ago by British archaeologist Howard Carter. At the next Kids Club on Saturday, 7th May (1pm to 2.30pm) you can hear all about the secrets it held and find out whether the tomb really was cursed…

King Tutankhamun ruled Egypt as pharaoh for ten years until his death at age 19. He was barely known to the modern world until 1922, when Carter chiselled through a doorway and entered the boy pharaoh’s tomb, which had remained sealed for more than 3,200 years.

The tomb’s vast hoard of artefacts and treasure, intended to accompany the king into the afterlife, revealed an incredible amount about royal life in ancient Egypt, and quickly made King Tut a superstar. Triggering a worldwide interest in ancient Egypt.