EPSOM AND EWELL BEAT – A WEEK IN THE BOROUGH 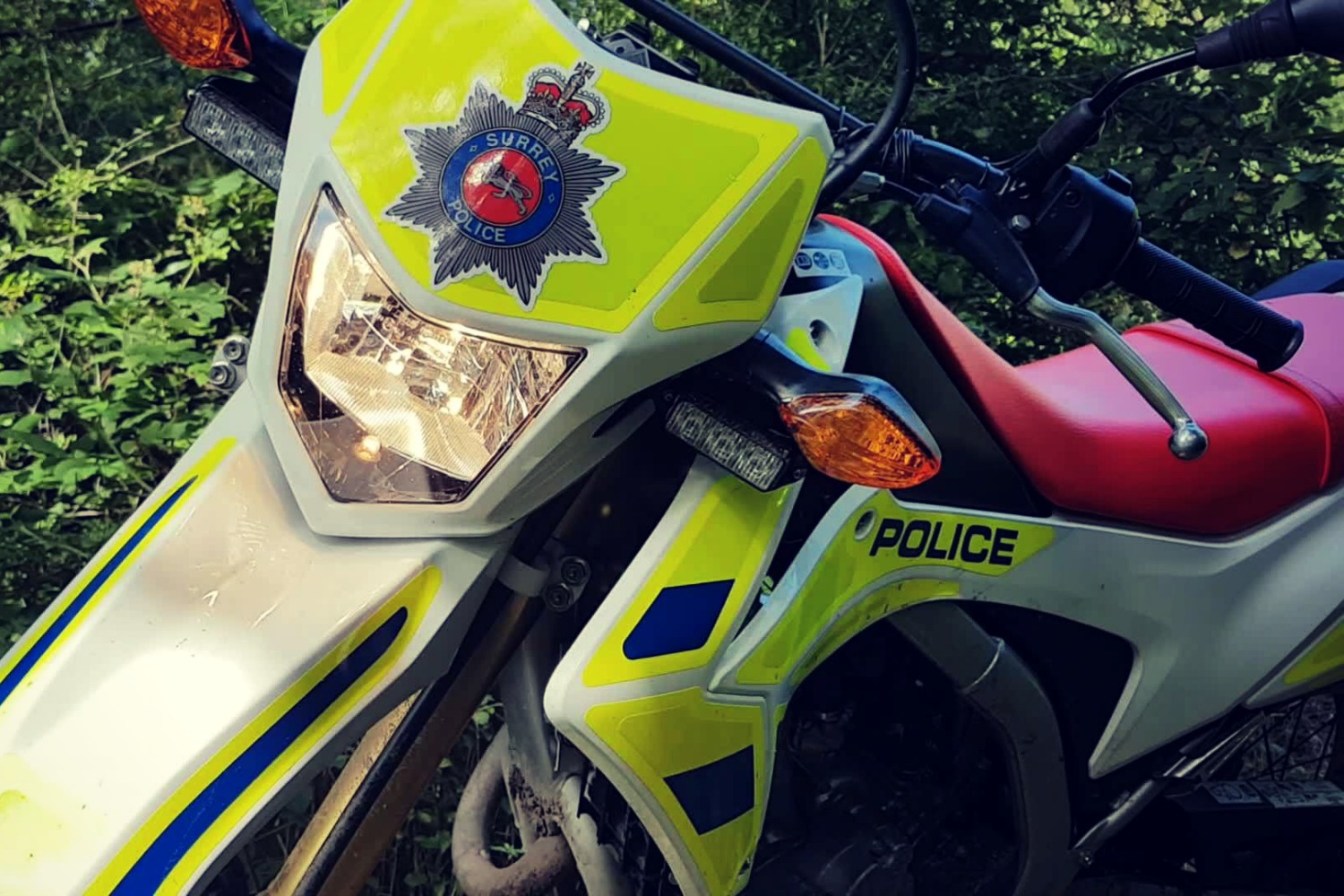 Another busy 7 days it’s… a week in the borough!

🚗 *Friday*
Officers were out searching for a High Risk missing person after the vulnerable lady went missing while driving her car home from a service in Thames Ditton. During the drive home the lady had become disoriented and a dying mobile phone battery compounded issues. Relatives used ‘Find My iPhone’ to track the lady who had been driving around the Esher and Chessington area aimlessly before the phone battery died. Officers attended the area that the lady was last tracked to, but could not find her so began searching the local roads. The lady had gone missing at approximately 5pm, and officers were getting desperate to find her. At nearly 11pm a traffic camera on the M25 spotted her car and the Metropolitan Police were notified. The car was found, having collided into a wall in Shepperton, but the lady was nowhere to be seen. However during the early hours of the morning the lady was found by Metropolitan Police officers following a call in from a member of public who had seen a woman trying car door handles in Hampton. The lady was taken to hospital by ambulance, however she was in a confused state and was completely unaware that she had been missing. She had been in her bed all night and that the car was still in the garage.

*Saturday*
During the early hours of the morning Officers attended a report that a man had been driving around the one-way system in Epsom a few times and had been shouting abuse out the window. Prior to officers arriving the man parked his car outside Spread Eagle walk and was being verbally abusive towards door staff at the night club. As officers arrived the man walked up to the police car and attempted to stop officers from getting out the car by slamming on the passenger side door and pushing it closed whilst the officer was getting out. The man was shouting and being aggressive towards officers and so it was decided that he be arrested for public order and he was restrained. While being restrained the man kept trying to lash out and continued to shout and swear. Whilst struggling with the man, he made threats to break the officer’s fingers, with that the man grabbed hold of the officers hand and attempted to bend the fingers back. The man then attempted to spit at the officers. Whilst detained the man was further arrested for being drunk and disorderly and driving whilst under the influence of drink or drugs. He has since been released on bail pending further investigation.

🌿 *Sunday*
While local officers were on patrols in the Worcester Park area, for the car crime, in the early hours on the morning they spotted two young men out walking. Suspicious of why they were out at that hour, officers stopped and spoke to them and found that they were local to the area. However due to further suspicions of drugs offences, officers searched both men and found a quantity of cannabis on both of them. As they were not known to police at all, officers issued them both with first offence cannabis warnings and sent them on their way.

⚡ *Monday*
We had a report at 2.30pm from a resident in Stoneleigh that his motorbike had been stolen and he had been threatened by the thieves. The victim had parked his bike on his driveway and locked it up before going indoors. The victim had then seen two men on his driveway interfering with the bike, so he went outside to confront them. One of the men threatened the victim with what was believed to be a Taser and told him to go back into the house. The victim went indoors and called us before going back outside, where he saw one man on his motorbike and the other man on a black moped, towing the bike away towards Worcester Park. If you witnessed the theft or saw the bike being ridden off please call us on 101 quoting reference 45180050174.

*Tuesday*
Officers were called by bank staff to report that an elderly lady was the victim of a fraud attempt. The lady has been called on the phone by a man pretending to be a Police Officer from London. The caller told the lady that he had arrested a woman who had tried to steal £1500 from her bank account, but he stopped them. The caller told the lady to go to her bank and withdraw £4000 out in cash in £20 notes and £50 notes for plain clothes officer to check the serial numbers. When the lady went to the bank to withdraw the money the transaction was stopped by the bank manager as this was out of character. Officers attended the bank and took the lady back to her home where she was given fraud prevention advice while a crime report was taken. While officers were at the house the caller phoned again. When he asked the lady if she had been to the bank and she said no. When questioned why not, she told the caller that she didn’t believe he was a real officer and the line went dead. We continue to ask readers to talk to vulnerable and elderly residents and warn them about these scams. The ‘Big book of Scams’ are available from police stations and some banks and details this and other types of fraud.

🏍 *Wednesday*
During the early hours of the morning we received 3 calls reporting a man being assaulted in West Ewell. The victim had heard noises outside his house and saw 6 men trying to steal his motorbikes. Due to a previous attempt to steal his bikes, the victim had secured them with heavy chains and covered them. The victim confronted the offenders on the driveway in order to protect his property. The offenders got in to a fight with the victim, who suffered grazes, but the victim managed to pull off one of the offenders crash helmets. The victim managed to get away from the offenders and a passing van deterred them from anything further as they rode off towards Chessington. Officers are keen to speak to anyone who may have witnessed the incident who hasn’t already come forward or saw the offender without the helmet. Currently CCTV and forensic enquiries are ongoing. If you can help our investigation please call 101 quoting reference 45180050765.

🔪 *Thursday*
Local officers responded to a report of a stabbing in Epsom which came in via the Ambulance Service during the early hours. When officers arrived at the address the victim was not forthcoming with information and made excuses as to how they had come about their injury. The victim stated that it had been caused in a random attack while walking home, however officers investigated the pattern of blood and believed the incident had taken place in the property and that the incident was likely a domestic assault. The victim was taken to hospital to have their injuries dealt with and while there it was found that the victim themselves were wanted and they have subsequently been arrested. The suspect has since been arrested during an early morning door knock today (18 May)

All information provided by the Epsom and Ewell Beat (Surrey Police).