15 FAMILY FRIENDLY FILMS FOR A PERFECT HALLOWEEN IN… 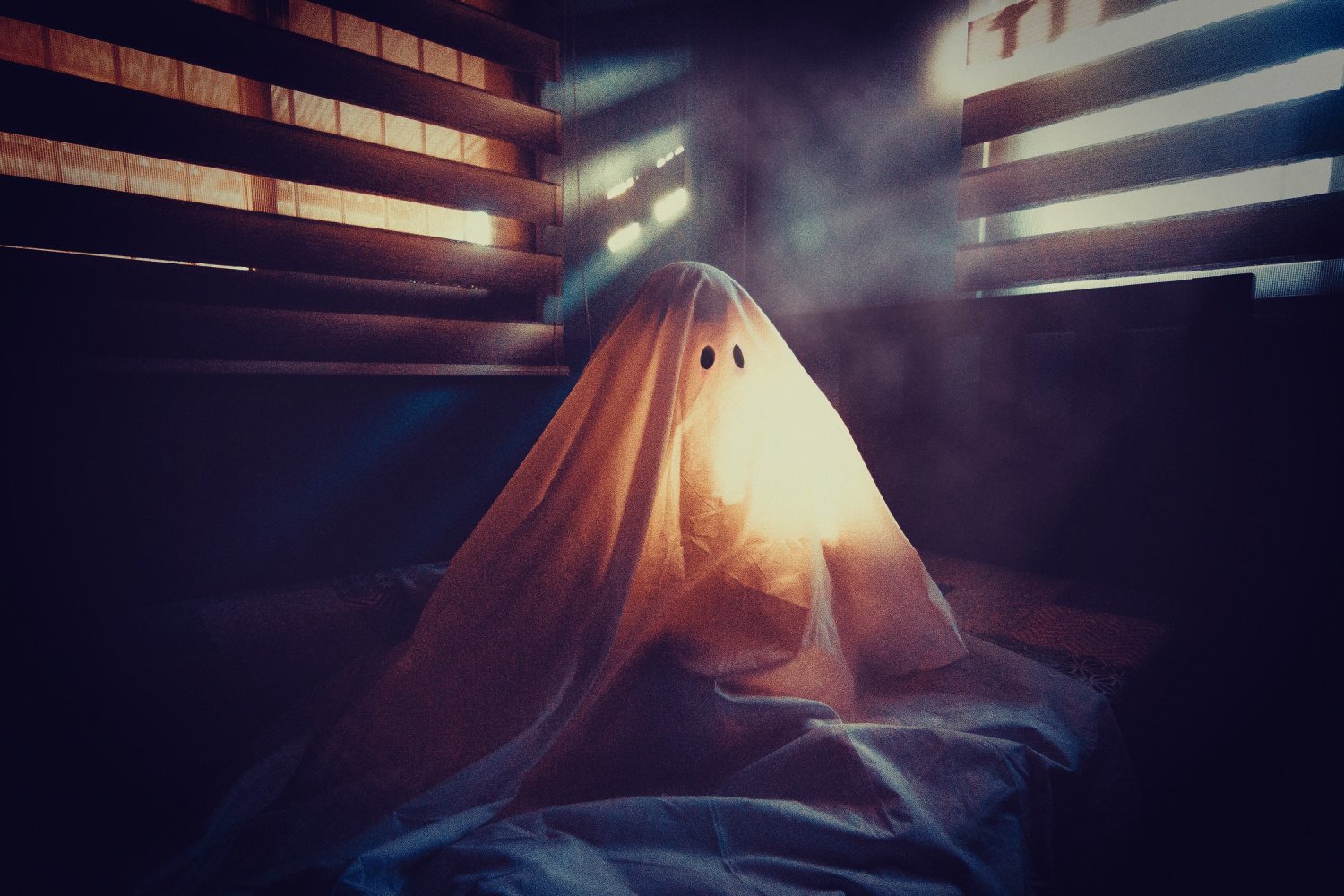 Whilst the Epsom and Ewell area is in tier one and trick or treating (in a group of no more than six) isn’t breaking any rules, many – like us – will be giving it a miss this year.

If you’re having a weekend in this Halloween, then here are some family friendly films to hunker down with and get you in the spirit (pun intended 😉 ). 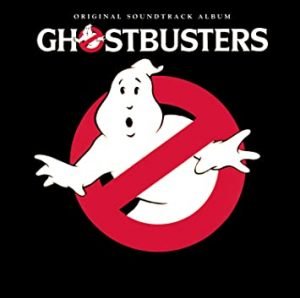 A 1980’s ghostly comedy classic. Three supernatural enthusiasts (Dan Aykroyd, Harold Ramis and Bill Murray) set up their own ghost hunting and catching business. They’re soon called upon to rid New York City of its many paranormal intruders. Light horror with some swearing and adult themes. Who you gonna call?

1991 black comedy film featuring everyone’s favourite creepy and kooky family. The long-lost brother (Fester) of Gomez Addams arrives at the family’s home. However, all is not what it seems. Femme fatale Morticia Addams (Anjelica Huston) is suspicious the man is a fraud. Dark and comedic capers ensue with ‘Fester’ trying to swindle the Addams family out of their fortune. Will they be able to stop him? 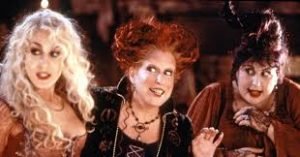 1993 comedy horror about three witches (Bette Midler, Sarah Jessica Parker, and Kathy Najimy) who are inadvertently resurrected on Halloween by a teenage boy 300 years after they were executed for practising dark witchcraft in Salem, Massachusetts. The sisters have just one night to secure their everlasting existence.

1990 film based on the Roald Dahl book of the same name. An adventure fantasy where boy Luke, whilst staying at a hotel with his grandmother, inadvertently stumbles across a convention of witches. He overhears the grand high witch’s (Anjelica Huston) plan to turn all children into mice. When the witches realise Luke’s uncovered the plan he becomes the first to be changed into a rodent. Can Luke, as a mouse, stop them? Also starring Rowan Atkinson and Brenda Blethyn. 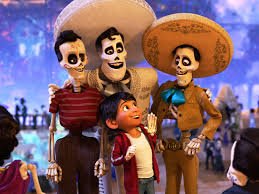 Wonderful animated 2017 film about young aspiring musician Miguel’s accidental journey in the Land of the Dead during the Day of the Dead (Día de Muertos) – a time when family and friends gather together to remember their dearly departed.

With the help of his deceased great-great-grandfather, Miguel unearths the real story behind his family history and discovers why music has been banned in his family for generations. A real favourite of mine!

2009 animated fantasy film starring Dakota Fanning, Teri Hatcher, Dawn French and Jennifer Saunders. Young girl Coraline discovers a secret door, which leads to an alternative world, which is very similar to her own. It’s all great until her parallel family try to hold her there forever. Coraline must do everything she can to make it back to her real life and family.

The loveable, friendly cartoon ghost returns in this 1995 computer-animation comedy adventure. Casper haunts a mansion – in the nicest possible way – alongside his not so loveable ghost uncles. A paranormal expert and his daughter Kat (Christina Ricci) move in. Lonely Casper soon falls in love with Kat but the relationship is hampered by his uncles’ pesky antics.

2015 computer-animated comedy horror film (with a bit of romance). Teen character Zach accidentally unleashes monsters from the pages of neighbour and famous author R.L. Stines’ (Jack Black) Goosebumps books. It’s up to Stine himself – who has until now kept the monsters locked away within his manuscripts -, Zach and Stine’s daughter Hannah to stop the monsters terrorising the neighbourhood and return them to the pages of the books. 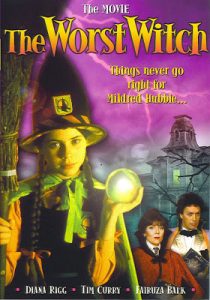 I used to love Jill Murphy’s The Worst Witch books (as do my kids). The 1986 film follows the adventures of bungling trainee witch Mildred Hubble at Miss Cackle’s witch academy. The film has all the familiar characters from the books and sees Mildred getting everything wrong and being involved in plenty of mishaps.

In the film, Miss Cackle’s evil twin sister plots to take over the academy. Can calamitous Mildred save the day? Full of spells, broomsticks and fun.

Sixteen-year-old Sarah is peeved at having to babysit her baby stepbrother Toby. When Toby won’t stop crying, Sarah wishes for him to be taken by Jareth. Her wish is granted, and Toby is now in Jareth’s castle in the middle of a labyrinth in Goblin City. Remorseful Sarah has just thirteen hours to solve the labyrinth, where she encounters all manner of traps and otherworldly characters, and rescue Toby.

11. The Nightmare Before Christmas 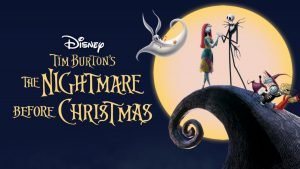 Jack Skellington is the king of Halloween Town, a world filled with monsters and supernatural creatures. He’s rather disillusioned with the same old Halloween routine of scaring mortals. He then discovers Christmas Town and becomes enchanted. Jack wants to bring Christmas with all its bright colours and joviality under his control and that means kidnapping Santa.

The rehearsal for the arranged marriage between Victor and Victoria doesn’t go too well. Worried Victor disappears alone to the forest to practice his vows; he gets them right but accidentally ends up marrying a deceased (corpse) bride called Emily. Victor is taken to the land of the dead with his new wife. Will he get back to the land of the living; will he get to marry Victoria and what will become of Emily? 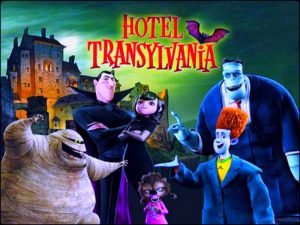 The original film – Hotel Transylvania (2012) – tells the story of hotel owner Count Dracula (Adam Sandler), who has invited infamous monsters to celebrate the birthday of his beloved daughter Mavis (Selena Gomez). The ‘human-free hotel’ receives a visit from a mortal traveller. Dracula must prevent Mavis from falling in love with him and ensure the hotel’s guests don’t find out they have a human in their midst.

Hotel Transylvania 2 (2015) picks up the plot seven years later. The hotel now accepts human guests and Mavis and Jonathan have a young son. Hotel Transylvania 3: Summer Vacation (2018) sees Dracula falling in love with a ship’s captain named Ericka whilst on a cruise with his family and friends. Is Ericka all that she seems though?

Another animated horror film from Tim Burton, Frankenweenie (2012) is a twist on the classic Frankenstein tale and features a young Victor Frankenstein and his dog Sparky. Sadly Sparky is run over by a car, but a distraught Victor brings his pet back to life through a science experiment. Stars Winona Ryder, Catherine O’Hara and Martin Short. 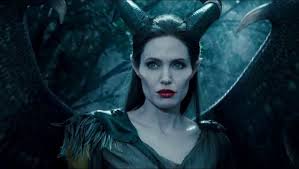 A dark re-telling of Disney’s Sleeping Beauty from the viewpoint of ‘evil fairy’ Maleficent (played by Angeline Jolie). In this 2014 film, an amiable, young Maleficent grows up in a happy forest kingdom. The peace is threatened by an invading army, which results in Maleficent becoming protector. After suffering a harsh betrayal her heart begins to turn to  stone. In pursuit of revenge, Maleficent comes up against the invading king’s successor and she subsequently places a curse upon his newborn daughter Aurora. However, she realises in time that Aurora holds the key to peace in the kingdom.

Hopefully that’s given you some viewing inspiration. Here are also some suggestions for what else you can do for a spooktacular Halloween at home: https://epsomandewellfamilies.co.uk/halloween-at-home-ideas/

Have fun, stay safe and watch out for those ghouls and ghosts.

I’m Francesca (usually Fran), a Londoner living in Surrey with my great husband and our three lovely children. My eldest daughter is 12 and my twin daughters are aged nine.

I'm a freelance PR consultant and also run my own blog where I write about the things that we do, the places that we visit, the toys and games that we play with as well as all the every day parenting (and some non-parenting) stuff in between.

My love for communicating and writing, mirrors my passion for trying to be the best mum I can be. Interests include good food and wine, Italian culture, football and personal finance.